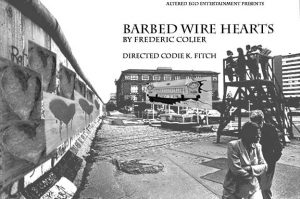 “The Dombrowskys are a family on the verge of extinction. Strangers bumping against each other in a box of lies. Sharing the muffled rage of unfulfilled dreams. What happens when the only place left to live is the truth?”

This new drama by Frederic Colier (The Proposal, Heartbreak Tango, The Undertaking) and directed by Codie K. Fitch (The Proposal, Icarus, Isle of Joy, Rosemary with Ginger, Amoré e Veleno, Forgivable Sins, Papa Padowski) follows an unemployed middle-aged man on his way to selfhood, clashing against the world surrounding him: his family.

The play is published by Book Case Engine. 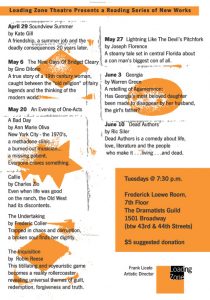 Loading Zone Theatre presented the reading of “The Undertaking,” as part of its Reading Series of New Works.  The play was directed by Robin Reese, with Christa Mountain in the role of “Lucia” and Steve DeVito in “Sombra.”

The reading took place at the Dramatists Guild. May 2003.

The play is published by Book Case Engine. 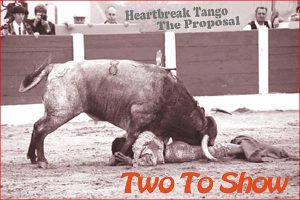 The plays are published by Book Case Engine.  Oct 2002 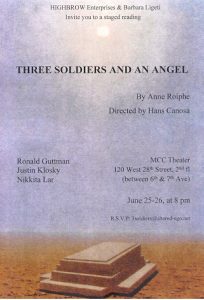 “Three Soldiers and an Angel,” is a new play by Ann Roiphe. The play is controversial for both its timing and subject. The play follows the Angel of Death as he wanders through the ages to announce a Jewish Soldier wounded on the French soil during WWII, a young Jewish slave in Masada during the Roman Empire, and an Israeli soldier in the street of Hebron, that their time has run out and they must give up their life. The cast includes Ronald Guttman, in the “Angel of Death,” with Justin Klosky and Nikita Lar. Directed by Hans Canosa. 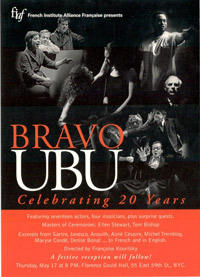 Directed by Françoise Kourilsky, the evening was a compilation of the best moment of Ubu’s repertory and featured excerpts from Sartre, Ionesco, Maryse Condé, Denise Bonal, Aime Césaire, among many others. 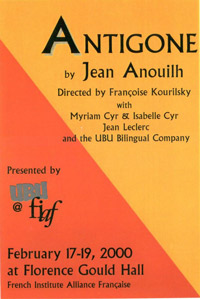 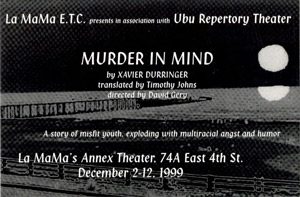 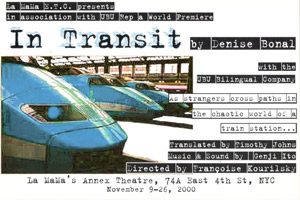 “In Transit,” by Denise Bonal with the Ubu Bilingual Company. As strangers cross path in the chaotic world of a train station . . . Translation by Timothy Johns. Directed by Françoise Kourilsky at La MaMa Theater.